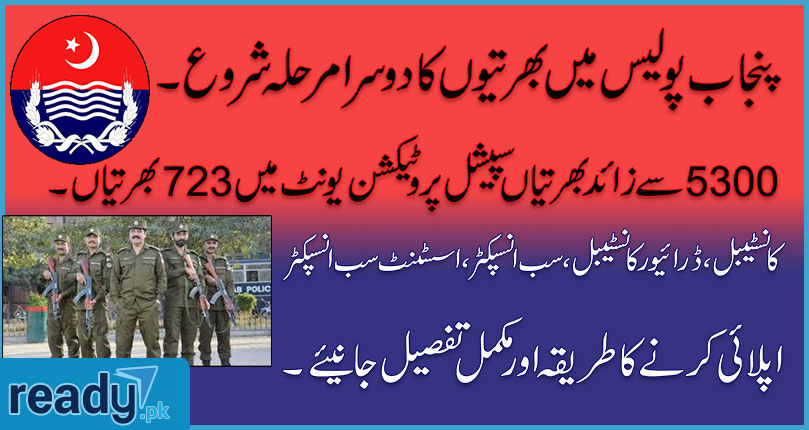 Punjab Police is planning to start 2nd recruiting phase. 5300 positions will be vacant in different districts come under the Punjab province. The government has prepared a complete plan. However, the details are showing that over 5000 seats will be vacant after completing almost 10000 vacant positions during the 1st recruitment phase this year.

Punjab Police is a police force established to regulate and maintain the law and order in the Punjab province. The department is working under the influence of Inspector General, IG Punjab. The department was organized on March 22nd, 1861 and currently, almost 180,000 employees including civilians and uniform personnel are working to regulate the working standard of the department.

For the 2nd recruitment phase, almost 5,300 different positions are vacant. These positions will be comprised of Constables, Sub Inspector, Assistant Sub Inspector, Traffic Wardens, Data Entry Operatos, and other civilian and uniform personnel. The complete details of the vacant positions can be seen through the official notification of the Punjab Police jobs.

How to Apply Job Application

Candidates are provided all the vacant positions along with their complete descriptions. For example, you can find that what is the application process, what the application deadline is, and what is the recruitment schedule including written, test, physical test, and interviews, etc. So, you are recommended to join us today and keep yourself updated with every single step of the recruitment process in Punjab police.