All Latest Jobs in Legislative Assembly Azad Jammu and Kashmir 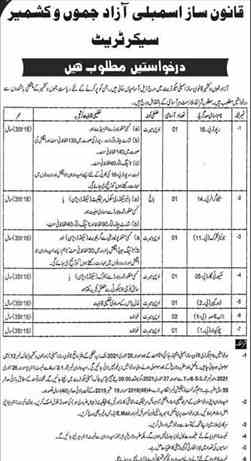 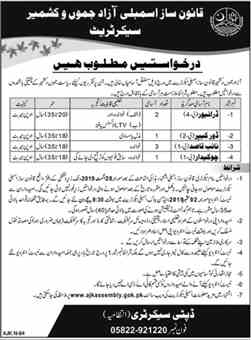 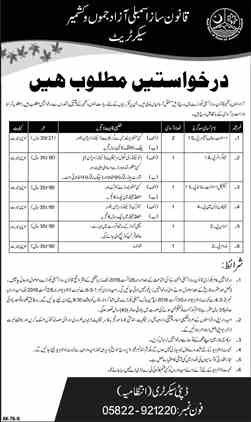 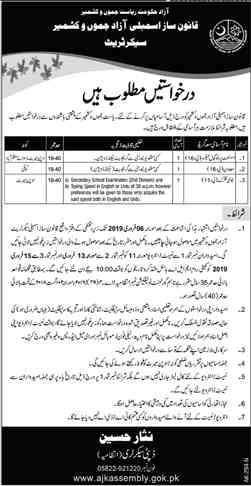 Azad Jammu and Kashmir has Parliamentary Democratic System in which Minister and President of AJ&K play their duties as constitutional head of the state. This setup was introduced in 70s under the former president of AJ&K. First assembly was developed and approved multiple bills which based on religious as well as Public Importance. The second assembly was established after five years of previous one under the constitution act, in this assembly first time Prime minister was introduced as the head of the state.

The assembly consist multiple number of member in which both women and men placed including the Ulma community because it is important for religious matter.